In this article you will learn interesting facts about WordPress. We’ll tell you about things you didn’t know before and which you won’t see elsewhere. 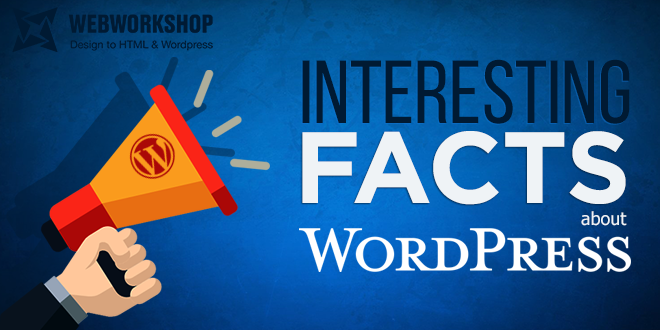 WordPress is well-known to everyone

Anyone who at least once in their life was interested in the idea of building their site, probably knows about WordPress. And, in fact, this is a very popular content management system that runs a large number of projects on the Internet.

Most Sites in the World

Without exaggeration, we can say that the vast majority of sites run on WordPress. At the moment, the share of this management system among all sites in the world is as much as 60%, that is, more than half. It is 17 million sites. The closest competitor – Joomla became the basis for only 6.2% of sites in the world.

What does such popularity give? Among the pros, it should be noted that there are many WordPress specialists who create plugins and themes for any tasks. And also you can find a lot of information about this system on the Internet.

The cons are that due to popularity, this system has been so deeply studied by hackers that the number of hacked sites on it is also large. But with the necessary safety measures, this can easily be avoided.

WordPress has become so popular mainly due to the fact that it has a huge number of plugins and themes. And most of them are free and high-quality.

Today there are about 50,000 free plugins, as well as about 7,000 free themes. Thanks to this limitless ocean of solutions, any idea can be realized.

By the way, few people know and imagine how big the Automatic company is, which has developed and now maintains the WordPress site management system and some plugins for it.

Automatic employs around 500 people worldwide in different languages. In total, about $200 million was invested in the company, and you can still create a WordPress site for free.

Automatic has subsidiaries: Envanto, which has 200 employees and is engaged in the development of plugins and themes; and WPEngine, which consists of 300 employees and specializes in hosting services exclusively for this CMS.

What Popular Sites are Powered by WordPress

WordPress is chosen not only by novice bloggers, but also by large corporations. The official websites of Reuters, Forbes, Samsung, Star Wars, Playstation, Coca-cola, Mercedes Benz work specifically on this content management system.

Plugins come paid and free, and the former are also very popular. Today’s best-selling plugins are:

Among the free and shareware plugins, the most popular are the most necessary gadgets for work:

WordPress was launched in 2003, which means that this content management system has been working for 17 years. During this time it released five global updates and many minor improvements and upgrades. Each year the system became more and more popular, and this trend still continues.

This CMS is older than many other popular services on the Internet, such as, for example, Facebook and Twitter.

WordPress is free and open source under the GNU GPL. This means that anyone can take this content management system and use it for absolutely any purpose. In addition, anyone who knows programming languages ​​can change the source code of the system as they wish.

The system itself is fully translated into 70 languages, and dozens of languages ​​partially. Some themes and plugins also have many translation options. In addition, anyone can translate any topic or plugin into any language. There are various ways to do this.

END_OF_DOCUMENT_TOKEN_TO_BE_REPLACED 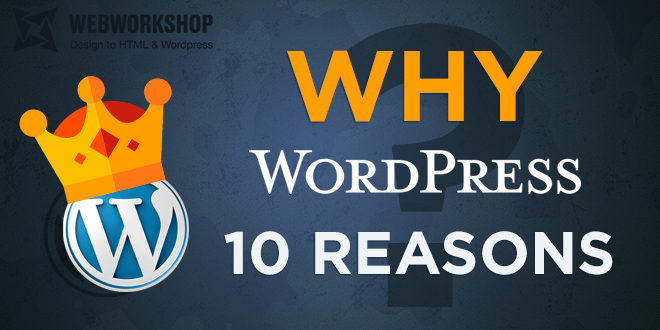 WordPress was first launched in 2003. For 17 years, it has evolved from a simple blogging platform into a full-fledged content management system that can work with any site. This is one of the most popular and downloaded CMS on the Internet. In fact, 27% of all sites ever created are powered by WordPress. We have given 10 reasons why a WordPress site would be a great choice.